The Universe Gives, and It Takes Away. 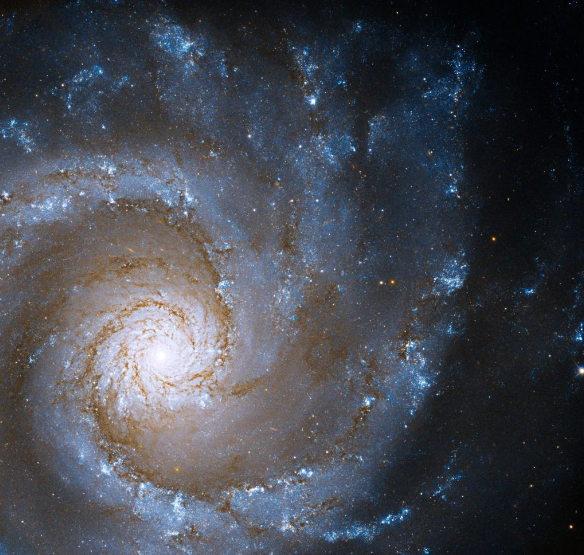 Sometimes I dont recognize it right away when the universe “Blesses” me with something. And a lot of times I dont really even KNOW what it is that I “truly need”.. Theres that old saying “When one door closes, another opens up” but usually at the time we are too busy being mad at the door that just slammed in our faces and staring and glaring at it, even trying to kick it open again. (General words of advice: When a door slams shut in your face, dont try to kick it open again., especially if it was a person that slammed it shut on you. Just turn and walk away: you’ll never find the door that opened up by staring in anger at the one that just closed. Besides, forcing yourself into a situation where you have very clearly been shown that you are not welcome will NEVER work out well for you. And you dont have to give them the satisfaction of knowing you are standing at their door being pissed. Move on. Yes I know that is painful advice to hear in the moment, and not easy to take…..but eventually, and I have learned this the hard way many times in my life: eventually you will be GLAD and GRATEFUL that that person(s) slammed that door in your face. (For one, do you really want to be around people that treat others like that?)
But im getting lost here: Its not always PEOPLE that are slamming doors shut on you, more often than not its just pure victim of circumstance type stuff. Just the way the cookie crumbled, nothing personal, but the advice still stands: You’re not going to find the door that opend by staring at and kicking the door that just shut.

The same applies to the “gifts” that the Universe lays on you: You wont find them by staring into your empty refrigerator, or whatever void exists in your life you wish to fill. Sometimes the Universe will drop them right on your head and you can’t miss it, other times its and easter egg hunt. Or a puzzle that the Universe makes you solve before you get the prize, because you needed to learn something, or come into the right frame of mind before you could handle and use whatever the universe gave you.
Or sometimes you just get lucky.

Im not on some jesus and God trip. Far from it, but I HAVE come to believe that there IS an “intelligence” to the Universe, there is a consciousness, its probably not any one, or 3 deities or beings, grand puppet masters controlling things. And it is also an over-laying lattice of coincidences, many of them meaningful, like synchronicity. The Force. And I think IT evolves on its own course as well.

Thats a pretty long and involved prelude to what I was originally really going to post about. But a stream of unconsciousness kicked in.

Recently some suddenly and un-expected and un-wanted changes happened in my life. Im not going to go into too much detail….because thats not the point, and it involved other people who don;t want or need their business out on Facebook.

I’m fine, I’m ok, I’ll survive.
But the Universe reached in (Stark Fist of retrieval!?) and snatched a couple of valued things out of my life. That was a serious bummer. I havnt mentioned much at all about in on social media….because….not everything needs to go on social media, and its just so.

BUT the Universe, in its weird and wondrous ways, has “blessed” me with some odd and funky gifts recently.

And considering the ‘heavy’ lead up to this, this probably seems rather trite:

The universe, through this strange tragic thing that happened, has put into my possession 4 (FOUR) big cases of survival food. AND a really nice (And probably very expensive) water filtration system, all new in the box.

Have you seen those dopey commercials on youtube, where it starts with this guy hiking through the woods, and he looks up and says “Well Hello fellow Patriot!”. He is a smiling friendly sporty-outdoorsy type, and a PATRIOT. And he has several different things he wants you, as a PATRIOT to have. These commercials always make me versous because these days the word “Patriot” always has some nasty and Toxic connotations…..usually white supremacist groups and Nazi militias name themselves things like “Patriot Front” and “PAtriot Guard” and “We’re really pissed that we failed the police entrance examine but by God we are PATRIOTS!”, and “Jan6 was a rehersal PAtriot motherfuckers!”. or even “No Step On My Patriotic Snake”. So i immediately distrust some guy hiking through the woods on his own addressing me as a “Patriot”, but there he is, and in this commercial, he has these big heavy-duty rubber-maid style totes full of freeze-dried foods. Vaccuum sealed packets of dried beef stew, and chicken noodle something, and freeze dried water (What do you add?)  and its several different sizes based on the enormity of the disaster you might face: A 72 hour supply for a family of four, or a 2-week supply for a family of six, and so on.

Well, the Universe GAVE me four huge self-locking and sealing tubs of this freeze-dried nutritious  meals. Some of it is the exact same stuff our military hands out as “MREs: Meals Ready To Eat”.
Im trying to find a place to put these things in my house, which is getting a bit crowded. I am confused and perplexed by this “Gift” from the Universe. (And Im simply not going to tell you how this came about other than to say: The Universe has some strange ways.”. I didnt WANT this stuff, I dont NEED this stuff, but now i HAVE this stuff. And i am grateful for it.

I also got a stainless steel ceramic based water filtration system, and i know that these things are not cheap.. I am grateful for this, as the water in Topeka is horrible. (Idbet its Flynt Michigan level toxic, or close to it.)

So thats great, and the world is rosey and wonderful, right?

No. I am TERRIFIED!
The universe knows what it is doing, and it just dropped some fairly serious survival gear on me.

I am a child, an Heir to the Cold War, born in 65. We were on the downhill-slide of the Cold War by then, but we didnt know it yet. Duck and Cover drills, fallout shelters, The Civil Defense dept doing drills and exhibitions in ou schools, the boy scouts pushing “What to do if the Russians Nuke Us” education. It was such a part of my childhood that I have spent a lot of time (And money) collecting old Cold War Civil Defense stuff: helmets, water cans, fallout shelter supplies etc. There was a time when it was a very real threat that we would need and use that stuff.

Some say we are closer NOW to getting Nuked by Russia (Or China) than we were in 1963….I dont think so, I have looks at the doomsday clock lately, but Im not feeling it like I was back then. I think a healthy disimeter of cynicism has insulated me from that reality a bit….That and knowing what we learned sometime later, AFTER “The Day After” That basically we wouldn’t survive a nuke strike, and if we did, we would wish we hadn’t..

” The ice age is coming, the sun’s zooming in
Engines stop running, the wheat is growing thin
A nuclear era, but I have no fear
‘Cause London is drowning
I, I live by the river”   -London Calling, The Clash.

Yet here I am, suddenly sitting pretty with a big stash of food that was specifically made and packaged to survive, and provide survival. And a water purifier (Gravity fed! Dont need to plug it in!) And a couple of those funky straws that you can drink straight out of a filthy river if you need to…and a few other things I wont mention here.

Thank you universe! I do not understand your plan, but I am grateful!

But….what IS the plan? What is coming up that I am being equipped for?

Or maybe its just the message? You know when you recieve a nice valentines gift (I mean, I never have or will, but you get my drift) Its not the value of the gift, its the message that has value and is important.

Maybe the Universe is sending a message: “You have everything you need to get by, you have enoughh, now stop worrying about those things.”