Dave Davies: Aliens banned me from having sex 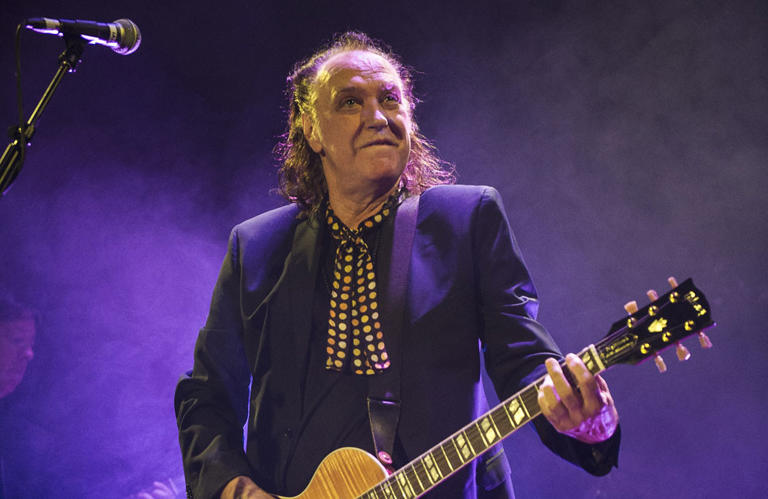 Dave Davies: Aliens banned me from having sex

Kinks star Dave Davies claims to have been hit with a sex ban by aliens.

© Provided by BANG ShowbizDave Davies: Aliens banned me from having sex

The 75-year-old rock star believes his mind was overtaken by aliens in 1982, when was on tour in the US, and Dave claims they “blocked any sensation down there”.

He explained: “They told me I must not have sex and, although I was able to walk normally, my groin and pelvis suddenly became numbed, like they’d blocked any sensation down there.

“The reason being, they told me, was they wanted to transmute my sexual energy to a higher vibrational level.”

Dave was preparing to play a gig in Virginia when “things got weird very quickly”.

In his new memoir ‘Living on a Thin Line’, he shared: “I couldn’t understand why I was feeling so peculiar. I didn’t feel physically ill. This was different.

“Suddenly I had a feeling like a boa constrictor had wrapped itself around my forehead and was pressing hard. What the f***?”

Dave also remembers hearing voices in his own head.

He said: “It was like my brain had flicked on a new psychic switch. After the initial jolt, I didn’t feel panicked or alarmed.

“These voices had a commanding presence, but were also non-threatening, calming even. My senses were overwhelmed.

“Where were these voices coming from? Were they floating close by? Or an alien force from many thousand miles away? I began to feel their presence.

“I could already hear them. Then I felt them physically and my nostrils were filled with different smells – again nothing unpleasant or sinister.

“In fact, the smells – of fresh flowers like jasmine and magnolia – had a fragrance so full I felt like I could have scooped them up with a spoon.”

Dave was with his lover Nancy Evans at the time, and he remembers being controlled by the “intelligences”.

He explained: “I’d entered into a telepathic exchange with mysterious beings. The intelligences, though, would only let me tell her what they wanted her to know.”