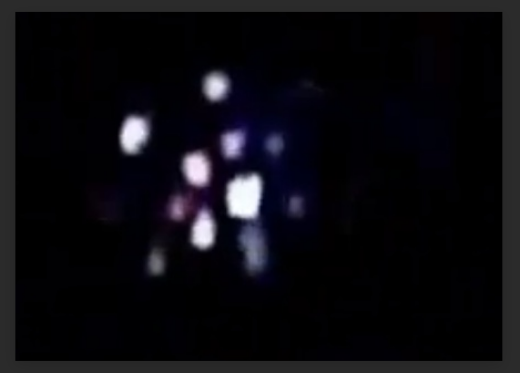 Or was it? Let’s investigate.

You have to hand it to the UFO enthusiasts of Reddit’s r/UFO sub, who so want to believe that they are quick to strike down and debunk the vast majority of “incidents” that are uploaded to the forum. Every time I see something online and have no idea what it is, I head straight to Reddit and see if someone has already solved the question.

Compare this to the UFO enthusiasts of TikTok, who are quick to believe that every lens flare, unusual bit of iridescence, blown transformer, or escaped balloon is the first sign of an invasion, or, occasionally, the end of the world.

The following UFO encounter is an illustrative example.

In the video, a woman films a strange object in the sky through her car window. Though she’s able (thank goodness) to get a clear, somewhat steady shot of the image, it looks like some kind of black insect or snowflake, hovering in the sky. (Do remember that UFO means nothing more than “unidentified flying object” and so this one was certainly, to her, unidentified.)

On TikTok, commenters cite Biblical angels by name and lament the coming dark ages. But on Reddit, the comments are much more useful, as they attempt to actually figure out what this thing is, and whether it truly meets the criteria for not only being unidentified, but being unable to be identified.

Most believe it to be nothing more than an oddly shaped helium balloon, even going so far as to linking to videos of pilots who were able to get closer to objects that look like this from a distance and how what they look like close up.

So the next time you see something baffling in the sky and actually want to know what it is, maybe don’t upload it to TikTok, but rather to Reddit.