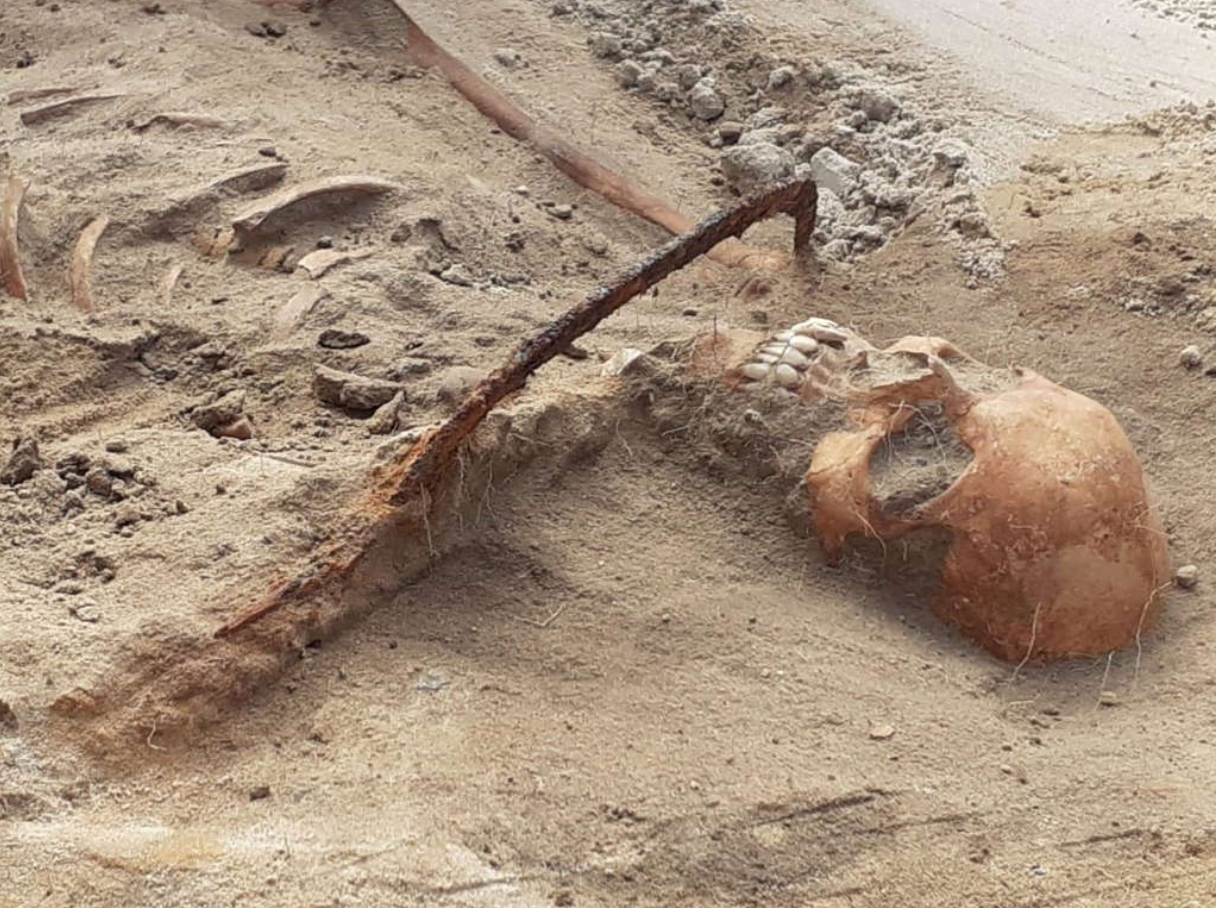 The skeletal remains of a female “vampire” were found in a 17th-century Polish graveyard — with a sickle across her neck to prevent her rising from the dead.

Professor Dariusz Poliński from Nicholas Copernicus University headed the archaeological dig that led to the discovery of the remains, which were found wearing a silk cap and with a protruding front tooth, the Daily Mail reported Friday.

“The sickle was not laid flat but placed on the neck in such a way that if the deceased had tried to get up… the head would have been cut off or injured,” Poliński told the Daily Mail.

In the 11th century, citizens of Eastern Europe reported fears of vampires and began treating their dead with anti-vampire rituals, according to Smithsonian magazine, believing that “some people who died would claw their way out of the grave as blood-sucking monsters that terrorized the living.”

By the 17th century, Science Alert reported such burial practices “became common across Poland in response to a reported outbreak of vampires.”

“Other ways to protect against the return of the dead include cutting off the head or legs, placing the deceased face down to bite into the ground, burning them, and smashing them with a stone,” Poliński told the New York Post.

Though other common anti-vampire burial methods included a metal rod hammered through the skeleton, the remains in Poland were found with the sickle across the neck and a padlocked toe to restrain her.

The padlocked big toe attached to the skeleton’s left foot, Poliński told the Daily Mail, likely symbolized “the closing of a stage and the impossibility of returning.”

Poliński did not immediately respond to Insider’s request for comment.