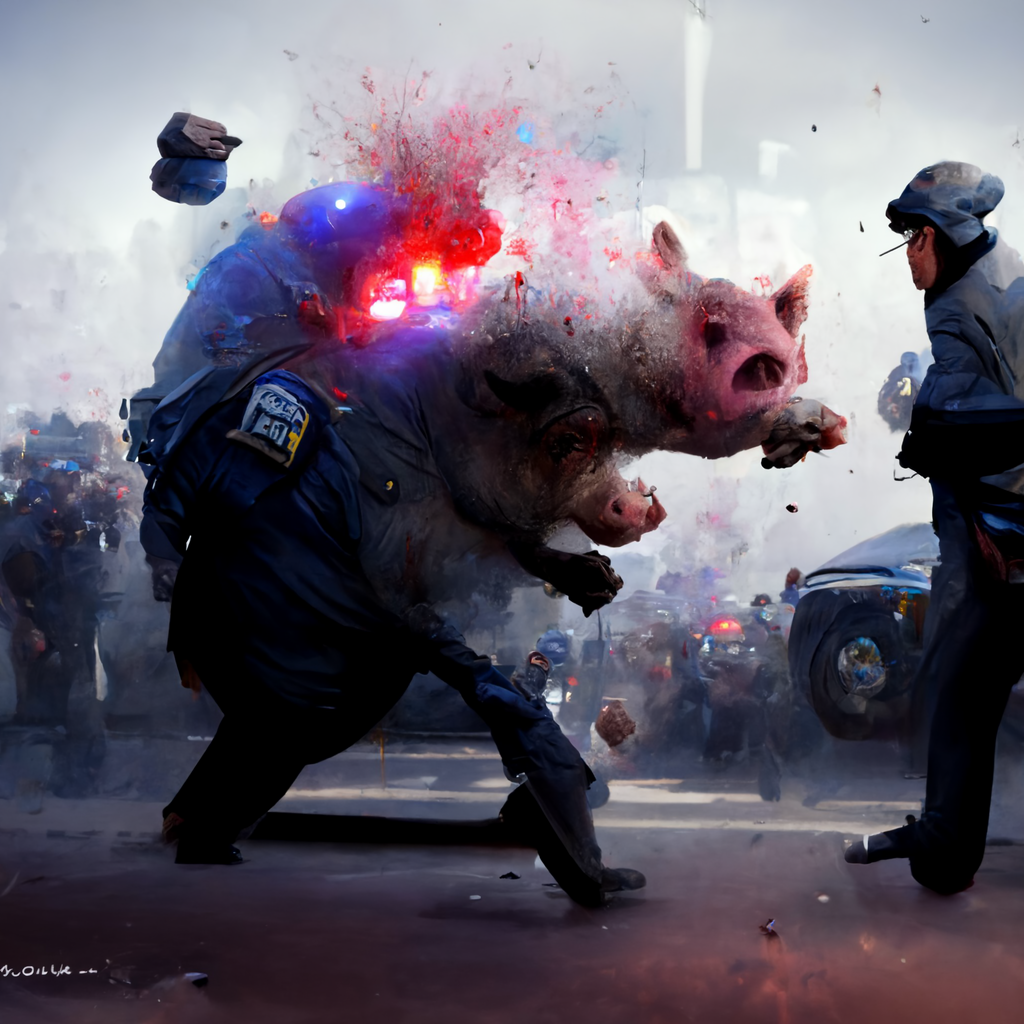 Elijah McClain, a 23-year-old Black man with no arrest record, was forcibly detained by police in Aurora Colorado in August 2019 while walking home from a local supermarket following a 911 call that his behavior was ‘sketchy.’

The police who stopped him said at the time that he was polite until he became agitated at not understanding why he was being detained. Paramedics arrived on the scene and injected McClain with ketamine, and McClain fell into a coma from which he never recovered.

The original autopsy report had concluded that there was not enough evidence to determine how McClain died. Now, three years later, the Adams County coroner has changed McClain’s cause of death to the ketamine injection following forcible restraint when the police put him in a headlock. Another probe also found that the police had no legal reason to put McClain in a chokehold.

In the amended autopsy report recently released under a court order in a lawsuit, forensic pathologist Dr. Stephen Cina concluded that the ketamine dosage injected into McClain was higher than recommended for someone his size and resulted in an overdose.

McClain was about 5′ 7″ and weighed 140 pounds. “I believe that Mr. McClain would most likely be alive but for the administration of ketamine,” Dr. Cina stated.

Within the numerous studies on the different psychedelics and the discovery of new compounds, the search is set for substances that produce the greatest benefits with the least amount of side effects.

According to a new scientific study, a group of computational biologists might have found therapeutic potential in some of their 3D iterations of more than 75 million LSD-related molecules that currently don’t exist but could.

They found that these “synthetic, near-psychedelic molecules seemed to have distinct antidepressant activity” in mice, without the hallucinations traditionally associated with psychedelics, which could in term drastically reduce the accessibility and cost of these kinds of treatments.

The molecules’ antidepressant activity proved them just as effective in mice as fluoxetine or Prozac, but at a 40 times lower dose which furthermore lasted several weeks.

For the Drug Enforcement Administration (DEA), doctors seeking psilocybin access for their terminally-ill patients under federal Right to Try (RTT) laws are making a request for a ‘commercial use,’ which makes them ineligible for a fee waiver.

Palliative care expert Sunil Aggarwal has been disputing with the DEA over access to psychedelics for over a year. He is now in court after the agency refused to allow psilocybin to be used as an investigational drug covered under the RTT statute, He and his attorney Katheryn Tucker are accusing it of using deliberate delay strategies to secure necessary requests.

On Tuesday, the DEA said it will not revise the commercial designation. “DEA contends that there would almost certainly be ‘commercial benefits to medical providers.’” Furthermore, it noted that the requesters failed to show that the record “would be of significant public value.”

Aggarwal and Ticker said in a letter appealing the designation that the RTT precisely “prohibits the compensation of a physician providing care to a patient for the purpose of accessing an investigational drug.”

“This is a matter of public interest, public health, and overall patient benefit, not just for my two patients named in the suit, but for all my patients and all patients of my colleagues in palliative care medicine,” Aggarwal stated.

Each week, we learn about new clinical trials, the creation of psychedelic-based compounds and novel potential treatments for those suffering from mental and physical health conditions.

Psilocybin keeps making news, this week with the completion of a full batch of magic mushrooms delivered from Africa to Europe. Regarding R&D, atai’s (NASDAQ: ATAI) leading a Phase 1 clinical trial for a new MDMA-like drug, Biomind (OTCQB: BMNDF) partnered with Queens College for a clinical study on a novel microneedle transdermal delivery system for DMT and Nova Mentis (OTCQB: NMLSF) continues its research for the treatment of Fragile X Syndrome with psilocybin microdose capsules, including a psilocybin production system using engineered bacteria, proprietary psilocybin therapy for the treatment of fibromyalgia and second-gen LSD derivatives for the treatment of multiple health conditions, while a psychedelic firm’s full acquisition and a psychedelics IP license purchase took place as well.

This is how the sector’s major EFTS performed in the week spanning September 26 to 30.

AdvisorShares Psychedelics PSIL saw quite a lot of movement this week. Friday 23 closing at $2.80 per share, the week began with an even lower value of $2.69 on Monday opening. Slight changes have caused it to oscillate between its lowest at $2.64 to its current price at $2.81, the week’s highest and still an 11.35% decrease compared to last week’s.

The Elemental Advisors PSYK EFT PSYK opened at $17.87 on Monday after closing at $18.13 on Friday, September 23. Nonetheless, the week’s stocks have moved upwards peaking at $18.99 on September 28, a 3% decrease considering last week’s highest.

© 2022 Benzinga.com. Benzinga does not provide investment advice. All rights reserved.